No matter how well your new computer works, you aren’t going to be able to do much with it if you can’t see what you’re doing. You will need a display. Of course, there are a lot of considerations to make when selecting one. Here, we’ve outlined these considerations, with some of the options you’ll encounter.

Not many people have a home setup with more than one monitor. In fact, many don’t even consider the possibility until they encounter it at work. Even if your work responsibilities don’t actually make it necessary to have a dual-monitor setup, it helps improve productivity and cut back on time navigating between windows and applications.

Depending on the connections built into the desktop, support for multiple monitors is often available out-of-the-box. Here are some connections that you’re likely to find:

If you have a monitor in mind to purchase for your new computer, it is important to know that it is compatible with the connections on your computer. Some may require specific connections or adapters to work properly.

Depending on the intended use for the device, some will need additional hardware to what comes built into the motherboard to properly process video and graphics. This is relatively rare in office workstations, but those used for graphic design, video editing, and (on a personal note) gaming should have a dedicated graphics card built in.

This will have an impact on the price however, and it likely won’t be small. A high-end graphics card can set you back anywhere between $500 to $1,500.

There are a LOT of options out there for you to consider, especially since most graphics card chipsets come in a range of models; and, different companies have proprietary brands they offer. Unless you’re specifically building a machine to be capable of processes like 3D rendering or editing video, you won’t have to worry about this so much - and if you are, you probably have a good idea of what you’re looking for already. In most other cases, the hardware built into the device already is sufficient.

Which Monitors are Right for Your Desktops?

This is another area that can be overwhelming with the number of available options. Just know that the most important factors to consider are the monitor’s resolution, and its refresh rate. Here are some of the most important considerations to keep in mind:

Want more help determining which display is best for your needs? Our experts might have some ideas. To learn more, give White Mountain IT Services a call at 603-889-0800.

2,000 Year-Old “Computer” Discovered Off the Coast of Greece
When you think of a computer, you think of a machine that makes your life easier. You can look up events, check facts, record data, and so much more. However, the first computer might be something extraordinarily unexpected; a submerged treasure off ... 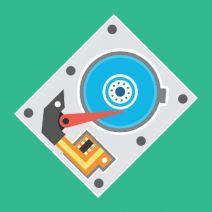 3 Ways to Tell if You’re Dealing with a Faulty Hard Drive
Every business owner knows how imperative technology is to their success. Sometimes it’s the most common problem which can keep you from being as productive as possible. It’s not always evident when technology is about to fail, but there are some gen... 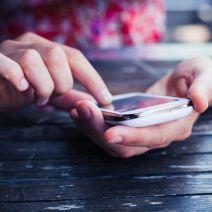 4 Fun Facts That Will Make You See Smartphones in a Whole New Light
Smartphone technology is currently experiencing cool innovations. Plus, there are some crazy reasons behind what these devices can and can’t do that you may not have known about. Check out these four cool smartphone factoids from List25.... 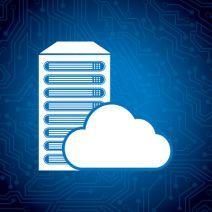 77% of Businesses Virtualize Their IT In Some Capacity, What About You?
Technology solutions for small and medium-sized businesses can be complex, which is why simplification is at the top of a lot of executives’ priorities. To this end, virtualization is a key component, helping organizations make their IT easier to man... A Computer Procurement Guide, Part I
When you are in the market for some new computers for your business, ensuring that you are targeting the right hardware is important. To educate people on what they should be looking for in a new computer, we have decided to put together a multi-part... A Computer Procurement Guide, Part II
Part two of our desktop buying guide will dig into the details of RAM, or random-access memory. We hope to clear up misconceptions about what RAM actually is, as many users don’t understand the difference between storage and memory. Who knows? You mi... A Computer Procurement Guide, Part V
We have finally reached the end of our guide to help you purchase your next computer. In the other four parts, we covered how you could identify the specifications your device would need for your intended use of it. Here, we’ll review some other asso... As IT and OT Merges, You Need to Be Prepared
Businesses have two different types of technology to contend with each day: their information technology, and their operational technology. As these categories have become less distinct with the introduction of the Internet of Things and other simila... 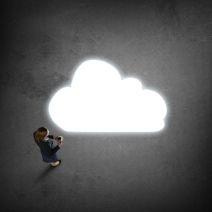 Cloud Computing is Easy to Use and Implement, Stop Being Intimidated By It!
The cloud becomes more popular in the business environment with every passing day, and it’s so prevalent that you’d have trouble finding even a single business that doesn’t use it to some degree. However, we often find that the way that the cloud is ... Do You Know How to Determine Your Computing Needs?
In most businesses today, the computer is an essential tool. Taking this into consideration, you need to make sure that your staff is equipped with the right tools for their given job… but which tool is the right tool? Here, we’ll review the determin... Do You Know When You Need to Upgrade Your Business Computer?
It’s not something that we as business owners like to think about, but the fact of the matter is that no technology you implement will last until the day you close up shop for business. To mitigate the costs of your technology failing, you need to ta... 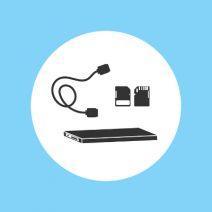 HDD vs. SSD: Which Hard Drive is Best Suited for Your Business?
Any business venture nowadays is apt to utilize a lot of data, and therefore will require plenty of digital storage space to accommodate its needs. As a result, selecting a storage device is an important decision to make - especially when one is tryi...

If your business seems to be caught in a never-ending cycle of computer problems and complaints, perhaps you have been focusing on the symptoms rather than the source of the problem. The underlying cause is most likely a lack of professional IT management. At White Mountain, we take responsibility for the operation, management, and support of your IT infrastructure. Don't settle for the IT systems cycle of torture, there is a better way, give White Mountain a call today.

Onsite Computer Support Services are available to businesses within 100 miles of Nashua New Hampshire. We have excellent onsite coverage from Concord NH, south through Manchester NH and then down into Boston. From Northern and Central Mass we cover from Worcester, east to the North Shore, including the Salem and Portsmouth NH area.