Threat Spotlight: Brute-Force Attacks and How to Defend Against Them 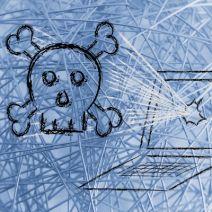 One of the most popular methods of online hacking attacks involves what’s called a brute force attack. This is when a hacker overwhelms a login system with multiple attempts until the hacker is able to log in and access the system. They are dangerous attacks that could expose not just sensitive information, but also leave you vulnerable to ongoing hacks.

What Brute Force Attacks Are
Basically, you can imagine a brute force attack as a method which involves the rapid input of passwords and usernames in succession. They’re designed to crack encrypted data by finding a usable password. Most brute force hacking attacks are performed by an algorithm and can input a ridiculous amount of credentials every second. The reasoning behind the name, “brute force,” is due to the brutal assault on the system, rather than taking a more discreet or intellectual path to hack the system. There are many different types of brute force attacks, but one of the most popular ones is the dictionary attack, in which passwords are generated with a dictionary, using popular words, in order to access the system.

Why They’re Dangerous
According to a McAfee Security Report from 2015, brute force attacks account for about 25 percent of all online hacks, second only to Denial of Service attacks. One of the reasons why they’re so popular is that they can be used as a straightforward way to infiltrate privileged accounts and steal sensitive information. These attacks are typically used to access accounts and steal credentials like credit card numbers, Social Security numbers, and other data that could be used for financial gain.

What You Can Do
Having a security solution put into place that can lock users out based on IP location or failed login attempts can be a great way to protect against brute force attacks. However, both of these methods can be bypassed if the hacker is using a botnet. Since the botnet consists of several infected computers from all over the world, they will have different IP addresses and be identified as individual users, rendering the aforementioned security practices moot.

Your business should be prepared to handle all types of online threats, especially those that can lead to more dangerous or destructive results. White Mountain IT Services can provide your organization with security solutions that are designed to maximize your network’s protection against brute force attacks, and other online threats that could have an impact on your business’s operations.