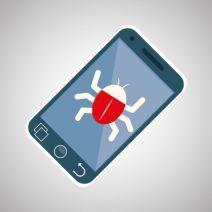 While security experts tend to focus the brunt of their discussions on desktop OS vulnerabilities, there are plenty of mobile malware threats that fly under the radar. One such malware is called Hummer; a trojan that installs unwanted apps and malware on a device, and can be found on over a million phones worldwide.

About Hummer
The Hummer malware family has increased over the past year. At its peak activity, Hummer infected nearly 1.4 million devices every day. It’s thought that Hummer originated in China, and it has been known to infect over 63,000 devices daily in China alone. Granted, the spread of infections has dramatically decreased, but this hasn’t stopped Hummer from infecting about 1,190,000 devices.

As reported by TechRepublic, here are the top five countries and the number of devices that are infected by the Hummer malware:

What It Does
Hummer roots devices that it infects, which can unlock the operating system and allow for administrator privileges. Once it has infiltrated the device and unlocked it, Hummer will install malware, unwanted applications, games, pornographic applications, and other malicious and annoying programs. Since Hummer roots the device, your traditional antivirus and anti-malware programs aren’t going to be enough to get rid of it.

Yet, perhaps the most dangerous part of this malware is that you can’t uninstall the unwanted apps. Well… you can, but the trojan will just reinstall the apps, which is both frustrating and a terrible use of your mobile data. Cheetah Mobile ran a test on the Hummer trojan and came to some shocking results: "In several hours, the trojan accessed the network over 10,000 times and downloaded over 200 APKs, consuming 2 GB of network traffic." It’s clear that you don’t want this malware installed on your device, as it could jack up your phone bill and become an immense annoyance.

How to Fix It
To make matters worse, wiping your device won’t even be enough to get rid of the trojan. Cheetah Mobile claims that the factory reset won’t remove it. Users could also flash their device, but this can get complicated, and we don’t recommend doing so if you have no clue what you’re doing.

Hummer isn’t the first mobile malware, and it certainly won’t be the last. Users of smartphones have to be just as cautious and vigilant as desktop users. To learn more about mobile malware and other threats, reach out to us at 603-889-0800. Which Industries are Most Likely to Be Targeted by Ransomware?
Let’s begin by making one thing abundantly clear—all businesses and industries could potentially be targeted by ransomware, regardless of their size or target audience. However, as of late, some industries have been targeted more and more. Let’s exam... Today’s Threats Can Really Disrupt Business
As a business professional, it’s your responsibility to protect your company’s digital assets from cybercrime, but the path forward is not always so easy or clear-cut. Without a thorough knowledge and expertise of IT security at your disposal, it can... What Does Your Business Need to Keep it Secure?
Your business is your livelihood, so it only makes sense to invest in its protections so that your livelihood is secure. This will require a strategic approach. Let’s go over what your business needs to remain sufficiently secure, and what you should... New Android Malware Wants to Spend Your Money
“Wait, I didn’t buy that!” That’s what many smartphone users have been saying lately, as a prevalent strain of malware has been infecting Android devices. The malware is called “toll fraud malware” and it’s been signing users up to services they don’... Do This Right Now to Ease the Stress of a Cybersecurity Incident
Let’s get right to brass tacks. Your business is likely vulnerable to cybersecurity attacks. There are a whole lot of things you should be doing to protect your organization, but this one task is something you can do right now to save your business a... Why a Single Sign-On Actually Improves Security
Have you ever wondered how some platforms will only have you log in once for all of your various needs, even though they might be different applications, websites, or services? This is essentially what single sign-on is, and it’s quite common in the ... Can Businesses Still Get Value Out of Tablets?
Remember about a decade ago when all of the tech experts were predicting that most work would be done on a touch-screen device, prompting many professionals to purchase the latest and greatest tablets? Although tablet sales have not kept up over the ... Cloudflare Stops Largest DDoS Attack on Record
Cloudflare has foiled the plans of yet another major hacking attack, a record-breaking DDoS attack of the likes we have never before seen. Let’s examine what goes into such an attack and what you can do to keep your business safe from their influence... How to Take Advantage of Zero-Trust in Your Business
Considering what today’s cyberthreat environment looks like, more and more rigorous cybersecurity is strictly needed. One means that businesses have to accomplish this is a cybersecurity practice known as a zero-trust model. Let’s go over what zero-t... 5 Steps You Can Take to Keep Your Network and Data Secure
Businesses today have to deal with more potential problems than in any time in history. They are dealing with cost increases at every turn, personnel shortages, and a regulatory landscape that is always evolving. One of the biggest issues that can ha... Get Your Staff to Understand Their Role in Cybersecurity
Security is an incredibly important part of running a business, but it’s extremely easy for busy employees to fall short of the security expectations you might place on them. This is why it is so important to train your employees on the many facets o... Integrating AI to Keep Your Information Systems Secure
Due to the increasing complexity and rapid growth of the cybersecurity industry, businesses need to stay ahead of developing threats designed to undermine advancements in the latest and greatest security technologies. One way that researchers have us...